The crazy world of waste 2 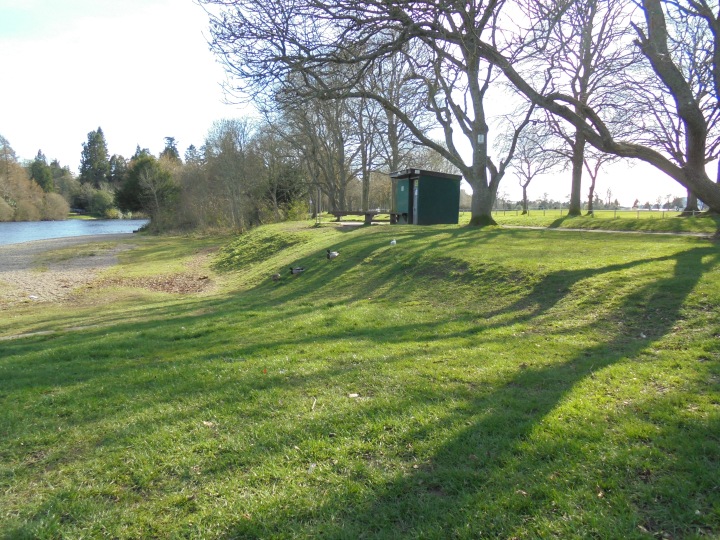 THE warmest, sunniest Sunday of the year so far, and this area of the riverside looks as good as it’s ever done, natural, unspoilt and bathed in sunlit beauty. Isn’t sitting on a bench here in peace and tranquillity as people stroll by and kids play down by the waterside one of the Highland capital’s greatest small pleasures? But not for much longer – perhaps.

Even on the brightest and sunniest of days an enormous cloud hangs over this location. Because it’s the proposed site for the hated Gathering Place. And if plans for it go ahead, soon it’ll be turned into a fenced-off, hard-hatted, concrete-mixered building site. And you won’t be able to see the trees and shrubs – those that remain that is – which could be none, for dust and grime.

It’ll be so peaceful that you could hear the thunder of boreholes being sunk from half a mile away. The hammering will reverberate all the way up to the Infirmary bridge. The fencing will mean you won’t even get near the place. And the wildlife will have long since fled in terror as their natural habitat is torn apart.

And at the end of it all, when Provost Helen Carmichael steps forward before an appreciative audience of about six to declare the Gathering Place “officialy open” what will we have?

No-one will “gather”. No-one – apart from the tiny elitist clique intent on driving this through at all costs (and we’ll come to that in a minute) – will celebrate. In fact many who currently enjoy and love this beautiful setting are liable to stay away and shun it in disgust at what’s been done.

And apart from the ruination of a such a treasured part of the riverside – it’s going to cost around £300,000. A vast amount of money – much of it from the Inverness Common Good Fund, Highland Council and Highlands and Islands Enterprise will be spent on “enhancing” the very last area in the whole of the Highland capital that actually needs enhancing. When there are a helluva lot of other parts of Inverness that really do.

Opposition to this mind-boggling travesty is growing by the day, and a public meeting to thrash out the issue will be held at the Spectrum Centre on Wednesday, although how many of those councillors who have expressed support have already dreamed up “prior engagements” remains to be seen.

If this does go ahead, and there is every prospect that it will, a monstrous joke really will be on us.