No, we’re not quite there yet, but the imminent arrival of the year 2020 does remind us of the legendary song of the 60s by American pop rock duo Zager and Evans, the only hit they ever had. To see out the year and the decade here are just a few of our hopes and expectations for 2020, in a suitably seasonal tone.

AT a late-night secret meeting, Boris Johnson tells Nicola Sturgeon that if she continues demanding an independence referendum in 2020 and calling him extremely 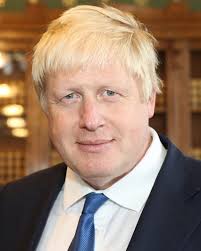 nasty names while doing so, he will summarily grant her one.

“You’ve had your fun and your easy headlines bashing Boris and Brexit, Nicola,” he tells her. “Now it would be your turn to come up with some answers.” A shellshocked Mrs Sturgeon, realising that she has no ready answers on what currency an independent Scotland would use, on re-admission to the EU, on the prospect of a hard border with England, on future trading relationships and public spending, on being able to fund pensions and benefit payments, and much else besides, leaves the room to convene an emergency meeting of her top advisers. As she departs, deeply alarmed, Mr Johnson pats her on the shoulder and says: “If you ease up on the demands no-one will know about our meeting Nicola. You can trust me on this one.” Mrs Sturgeon, her brain cells moving at the speed of light, briefly wonders if she can publicly depict the pat on the shoulder as an “appalling sexist insult to the people of Scotland that made my flesh crawl”, but quickly decides that in the circumstances silence is the best option. Within the hour Mr Johnson tells his advisers to leak details of the meeting to all media outlets, with the announcement that he has given the go-ahead for another independence referendum.

‘Probably the best marchers in the world’

On waking up to the news that Mr Johnson is prepared to back Indryref2020 the nationalist “base” goes into a frenzy. There is a run at B and Q and all paint stores on tins of blue and white Dulux gloss, now being marketed as “face friendly”.

An emergency series of marches is planned up and down the country, supplementing those which have already been arranged from early next year for Glasgow, Edinburgh, Arbroath, Peebles, Elgin, Kirkcaldy and Stirling. An emergency series of discos is also organised to “engage positively” with 16-year-old voters. The marches go ahead with tens of thousands of people taking part. Foreign media correspondents are awestruck by the noise, the colour, the flags and the paint. The nationalist participants are widely acclaimed as, “Probably the best marchers in the world”.

Mrs Sturgeon’s fury over Mr Johnson’s treachery is matched only by her consternation as advisers present her with consistently detailed polls showing that only around 35 per cent of Scots want a neverendum referendum as early as 2020, with 55 per cent “strongly opposed”.

She briefly considers secretly asking the Prime Minister to change his mind and refuse to grant her a referendum, but concludes he would leak that also. As a stricken silence falls over those present at one emergency meeting, she blurts out the question: “What we do now?” It is broken by an adviser, who says: “All we can do is proceed with Indyref2020 Nicola, and pray. There’s no other option. The fact is we’re damned if we do and damned if we don’t.”

A good year ahead for a wiry son of the soil

This hardy son of the soil, eking out a living from his 10-acre croft, supplemented by his MP’s salary and annual £50,000 from company directorships, has a successful lambing season, with a dozen pairs of twins and two sets of triplets. His tattie crop is bountiful, and the sun shines through June to dry out a fine crop of hay. His back hurts from bending and his hands are calloused from wielding a fork in the fields, but his labours have made him fit and agile with his lean, wiry frame. Grim prospects for the SNP have greatly lessened his interest in politics, but, as he looks cheerily over his acreage, he says aloud to himself: “Does all that stuff really matter? This is the hale and hearty life for me.”

When any excuse will do

Inverness councillors continue to find reasons/excuses not to build the Ness riverside Gathering Place. As of now, a £32,000 shortfall in funding to make the wall and concrete pathways “disabled friendly” remains unresolved. 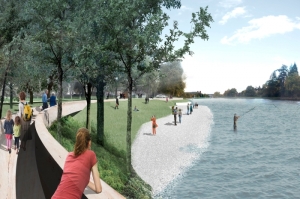 The realisation that discussing the project and voting for it to go ahead in the face of mass public opposition was the easy bit weighs on them more heavily than ever. The prospect of diggers and workmen moving in to actually fence off and start tearing up a natural beauty spot – and the public reaction it would engender – is viewed as a riverside horror story. Repeated warnings from the chief executive about “reputational damage” to the council if the Gathering Place is not built fall on increasingly deaf ears. One worried councillor who voted for it to go ahead loses his cool and angrily tells her: “If you’re so keen on it put on a hard hat and build the damn thing yourself.”

Welcome and valued, and here to stay

Brexit is concluded and EU foreign nationals are assured by politicians from all sides that their future residence here is as rock solid as Inverness Castle. Scaremongering about them being forced to leave ends and they are able to relax in the knowledge that they are valued and welcome members of the community, and will remain so, in perpetuity. At the same time, “freedom of movement” is brought to an end, with widespread recognition that border controls are necessary and we cannot maintain the status quo of an endless flow of EU migrants coming here at a time when there is a worse housing crisis than ever before, rents are sky high, schools are overcrowded and there is unprecedented pressure on the NHS.

An important matter of convenience

A £375,000 redevelopment programme for Castle Wynd, leading up to Inverness Castle, is due to start next week.

During reviews of progress on the work, a councillor or council official remembers that, in addition to prettifying the area, it would also be a good idea to retain sufficient money to keep the city’s main toilet block open during normal hours, as opposed to locking and barring it after 4pm, due to “lack of funding”. For the convenience of the city’s multitude of tourists, at least.

A “Pride” event for members of the LGBT community will be held at the Bught Park in Inverness next July.

No-one will be stupid or bigoted enough to criticise it, and at the same time politicians, councillors and other people of prominence will not fall over each other in their eagerness to hail it as fantastic, fabulous, and magnificently “inclusive”, and something absolutely everyone in the city should feel proud of and uplifted by. It is ticked off in the calendar as another welcome summer event, minus the almighty fuss surrounding such happenings in recent times.

Health and wellbeing for 2020

The Inverness Leisure Centre retains its full range of facilities and services, with no further funding cuts being imposed. There is widespread recognition that, next to Raigmore Hospital, this is the most important building in the city. At the same time, the centre’s management team decides to raise monthly charges across the board by £5, which would still leave it as the cheapest and best value for money leisure venue in Scotland. The additional money would be spent, where necessary, on providing an even better and more modern standard of equipment. The centre continues to buzz with vitality and energy, playing a key role in ensuring more and more people benefit from a venue which offers the chance of better health, better fitness and an improved sense of wellbeing in 2020 for everyone who goes there.

Inverness news and views forges ahead

Inverness news and views launched last January, and at the end of our first full year, whether our hopes and expectations as above are realised or not, we’ll continue to cover issues in  a way you won’t find anywhere else, as we forge ahead into a new year and a new decade.

And last, but by no means least, we wish a Very Happy New Year to all our readers, regardless of differing views and perspectives. See you in 2020.