IN the eyes of some readers of Inverness news and views, Scottish society would, post-virus, be a cleaner, healthier place if the independence supporting “National” newspaper perished as a result of the crisis.

That is a grave proposition to present. There is a need to think long, hard and carefully before wishing ill on any publication just because you don’t agree with its political stance. At the same time, that doesn’t mean anything should be considered sacrosanct just because trees turned into newsprint roll off a press.

But the tone of the paper last week, on Tuesday, (see below) rightly repulsed our readers. English people living here could only have been appalled by it, and worse, may even have felt threatened by it.

A succession of critical and derogatory headlines about “England” and “the English” appeared on page after page.

And this wasn’t confined to just one day. Pictured is the front page of the paper last Monday. The excuse for again dragging “the English” on to the front page was that this was part of the Declaration of Arbroath, all of 700 years ago. Any excuse will do.

English people could be forgiven for thinking there’s an agenda in this – and that they are the target.

And as nationalist demands for another referendum return – as they very soon will – is it a portent of things to come?

The National, now begging for support amid its own economic crisis, panders to and is a platform for the most extreme members of the independence movement. As it struggles to survive it may strive even more to appeal to the base instincts of these people, some of whom, judging by their contributions to the paper’s letters pages, are already partially unhinged.

Several contributors who write regularly for the paper do try and present reasonably moderate arguments. But their contributions are outweighed by the tone of a publication where the dual driving force seems to be to promote divisiveness on every page and also to present England and “the English” in the worst possible light.

It is all too often an ugly agenda.

When this crisis begins to fade not only will the clamour for another referendum be heard again, it will come against the backdrop of widespread economic problems the like of which we have not seen in decades. Cool heads and fair minds will be needed. But the National, it is a virtual certainty, will seek to heap blame for it all on Unionists/Westminster/the English in as inflammatory and divisive way as it can find.

It has already presented claims that being part of the Union during the past few weeks has led to “the death of many Scots” and that the hundreds of thousands of Scots who voted Conservative in the December general election voted for “the deaths of relatives, friends and neighbours”.

English people living here would feel more at home if the mindset the National perpetrates faded away. And, ironically, the independence movement itself would benefit, as more reasonable voices were heard, rather than their agenda too often being dominated by the strident fanatics who get their daily dose of grievance, rage and often hatred from the pages of the National.

Urgent planning ahead is needed, or jobcentres could soon be overwhelmed

A FORMER senior manager in the employment service told me last week that he didn’t know how the Inverness Jobcentre would cope when it reopened.

“With cutbacks it was struggling to cope before all this happened,” he said. “It could be overwhelmed once it opens again.”

Heaven only knows how widespread the problems will be after things do begin to get back to “the new normal”. But with unemployment set to rise steeply, it seems inevitable that services trying to assist those who find themselves in difficult or even desperate circumstances will be put under enormous pressure. The potential for anger, frustration and  a fraught atmosphere is obvious.

There is going to be misery and despair aplenty in the months ahead. That’s not being gloomy – it is the wholly inevitable reality of this disastrous situation. We can only hope that behind the scenes measure are already being drawn up to try and assist those suffering in as constructive and efficient a way as possible.

Many folk will be looking for help in the months ahead. And none will be more deserving of it than those thrown out of work by a hideous force of nature, and entirely through no fault of their own.

A clippers from Tesco, grooming from the loft, and we’re very freshly sorted!

Despite being self-isolated I recognise that it’s perhaps more important than ever to remain well turned out and look as spruce as one can. I’d thought that while In “lockdown” it would be all too easy to let my normal standards slip. Wandering around in pyjamas and dressing-gown all day could become the “new normal” and an attractive option! 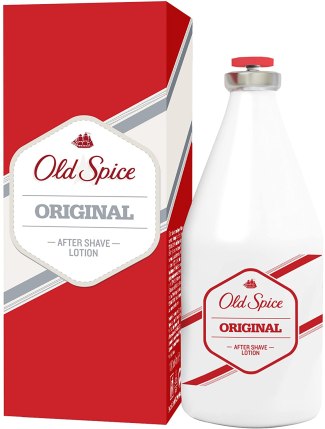 To ensure that I retained my usual high standards of personal grooming while assiduously following the advice to remain indoors unless something essential was required, I ventured into the loft at my home.

You may be confused by me venturing into the loft in search of superior grooming products but I’m sure many households are the same….there’s a veritable Aladdin’s Cave of potions and lotions up there.

Large box sets of male grooming products are gifted and much appreciated as birthday and Christmas gifts. However, only one is opened immediately and the various jars, bottles, aerosols placed in the bathroom cabinet.

Space dictates that the remaining boxes are placed in a large crate of some kind and hefted up to the loft for future use.

Of course as times passes the birthday and Christmas crate is forgotten about….likely regarded as a ‘rainy day’ stash. Well that day has certainly arrived!

So just the other day it was out to the garden shed for the ladder to get access to the loft where a mighty Pandora’s Box of assorted male grooming products were stored for the “rainy day” which is fallen upon us.

Absolutely no need to venture near a shop for anything related a clean, tidy, shaven look.

To ensure all readers, who take particular care with their appearance, are aware of the significance of my find the label on the back informs me: “The lovely and enduring fragrance of Sweet Pea is Blended with Mint Balm and Sweet Pea Extract to help cleanse and reinvigorate the skin.”

What more could a self groomer ask for when venturing into the household loft? I can heartedly recommend showering with Sweet Pea. I’m totally reinvigorated!

PS: Yesterday I had a chat with an acquaintance in a shop, with the notable thing about him being that he had just had a very neat haircut. And that’s another thing you don’t see very often these days. If there was a single barber’s open here in Dingwall the queue to get in would stretch to Marybank.

I asked: “Did you give yourself a haircut?”

His response was,”No, my wife did it. She got an excellent clippers out of Tesco. And I think she did a very good job.”

The clippers cost under £20 and as a haircut costs him £8-10 he considered it not only an essential item but a bargain buy.

I asked if he’d be returning to his barbers when it reopened. He responded: “Absolutely no chance.This ‘home haircut’ is the future.”