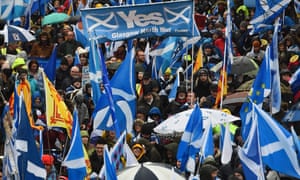 WHATEVER other winners and losers there were on Tuesday night and yesterday, the biggest US election night losers of all were opinion pollsters. For them it was a sheer, unmitigated disaster.

Every major poll hours before the election had Joe Biden cruising to victory by a 10 to 12 point winning margin. The contest was over before it had begun. No wonder as the cliffhanger reality began to hit home TV news anchors looked in need of extra make-up to hide their ashen-faced shellshock.

The doyen of pollsters, Frank Luntz, said yesterday: “This is devastating for my industry. The polling profession is done.”

Done and dusted. We may have been here before but there comes a time when patience finally snaps. Whoever will believe them again?

They got it hopelessly wrong in the 2016 US election. They were miles out in last December’s general election, when they had Jeremy Corbyn in the running to occupy No 10. They were hopelessly wrong on Brexit. For the next big event you’d be as good seeking the predictions of a random sample of village yokels. There’s every chance they’d come up with a more accurate forecast.

And yet we’ve heard plenty on the subject closer to home recently as well.

Why, nothing other than opinion polls.

That is what looks the now broken backbone of their assumption. That because a series of opinion pollsters have spewed out a few favourable surveys independence is pretty much in the bag. That all they need is the firing gun for indyref2 and the union will be dead and buried.

As decreed by the polls.

It hasn’t helped that some of these polls have come from nationalist supporting “organisations” like the grandly titled Progress Scotland and Business for Scotland.

Progress Scotland is run by former SNP deputy leader Angus “the ghoul” Robertson (he keeps a tally of dead elderly no voters) from a specially converted office in his garden shed.

Business for Scotland is run by nationalist Gordon Macintyre Kemp from his whelk stall on the seafront at Largs.

And yet when they produce polls on independence support they are faithfully reprinted by much of the supine, SNP fearing mainstream media without as much as a health warning, far less the caution that they may be biased and toxic.

But even other, more potentially credible polls should now come under scrutiny.

A recent one for STV had support for independence at 58 per cent and drove the nationalists into a state of delirium.

How credible are any of these? If they didn’t look credible before they look even less so now.

It has always seemed unlikely that so many people are keen to emerge from the trauma of a pandemic straight into the confusion and division of another independence referendum.

Many may not like Boris Johnson but is that anywhere nearly good enough an explanation? Do so many sane and balanced people really want to go through an extended period of unceasing change and turmoil without even a breather in between?

And what of other polls which have apparently found sky-high approval of Nicola Sturgeon’s handling of the pandemic. Hundreds of care home deaths that should never have happened, school exams chaos, lockdown, no lockdown, lockdown, university super spreaders, and always the blatantly politicised eagerness to go one higher or one lower or one later than Boris Johnson, just for the sake of it.

That’s scarcely a track record to produce an oft-repeated “74 per cent approval rating” (according to a poll) which would mean that apart from her devoted followers she’d also gained the approval of at least a quarter of Scots who are normally sick of the sight of her.

Pollsters are in the doghouse. Polls are not to be trusted.

So the next time a poll is produced that shows soaring support for independence or gratitude for the gift of having Queen Nicola as our leader, we can only hope that it’ll be treated with some scepticism, or better still, dismissed as a pile of junk.