A NEW opinion poll yesterday showed a continuing fall in support for independence, with it now being backed by a minority.

The Survation poll revealed 44 per cent would vote no in a referendum, against 43 per cent who would vote yes, the lowest figure for nine months. Others were undecided.

The survey also found 39 per cent of people believe there has been a Scottish Government cover-up over its disastrous handling of sexual harassment complaints against Salmond.

And 50 per cent say Sturgeon should resign if she is found to have broken the ministerial code of conduct.

The poll, the latest in a consistent downward trend of backing for independence, is a far cry from the heady, triumphalist days just a few weeks ago when SNP leaders like Keith Brown and Mike Russell claimed independence is “the settled will of the Scottish people” and is now “inevitable”.

Support topped out at 58 per cent and has been steadily falling ever since. The bitter ferrets in a sack party feuding on a range of issues within the SNP has bitten heavily into their support. 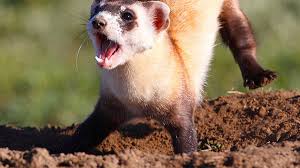 A total of 43 per cent of those polled believed the party had now been in government too long while just 41 per cent disagreed and 16 per cent didn’t know.

At the height of pandemic Nicola Sturgeon declared on television she would hold an illegal referendum if necessary.

How many people were dismayed, or angered and appalled about such an announcement at such a time? And the prospect of moving on from the most difficult year anyone has experienced straight into the turmoil and division of another referendum, and an illegal one at that?

Sturgeon’s willingness to embrace reckless illegality could be viewed as a turning point for many.

Unlike normal political parties, who traditionally downplay the prospects for their success in an upcoming election, Sturgeon and her acolytes took the opposite track, trying to spread the impression that an overwhelming victory for the SNP in the upcoming Scottish Parliamentary election was assured long before a vote has been cast, and from there on it was a straightforward march into “indyref2”.

Many voters, who may have been impressed by Sturgeon’s handling of the coronavirus crisis, aided and abetted by her daily TV show on the BBC, were less than impressed by the flagrant arrogance she displayed then.

Other factors may also play a part in the latest poll findings, in particular the success of the vaccine rollout in the UK.

Figures revealed up to February 25 show the UK has a massive lead over other countries in the number of people vaccinated.

The foresight and spending power of the UK Government ensured we were the first country in the world to secure the vaccine, with tens of millions of doses being made available.

Latvia (3.05) and Bulgaria (2.71) per 100 are at the bottom of the vaccination league. In a bankrupt, independent Scotland we could expect to be down about there.

Maybe a majority of people are coming to appreciate that it’s preferable to feel safer and secure in their personal health and wellbeing, rather than sign up to the perpetual grievance-mongering and false, empty promises of the SNP.