WHEN Highland Council announced on April 1 that construction work was about to start on the riverside Gathering Place they said in a statement: “The Gathering Place is set to take on an even more poignant and significant meaning when it is completed in Inverness in early summer, as it coincides with the easing of lockdown and people being able to come together.”

We can dispense with the poignancy and significance and the other verbiage in that statement.

But what does matter is the assertion that the development would be “completed in early summer”. Construction work by the contractors hired to do the job began a few days later, on April 12.

It was suggested it would take around 12 weeks to complete.

Well “early summer” has come and gone and we are now nearing the end of June, heading into July.

And this is how the Gathering Place site looked on Sunday, nearly three months on. 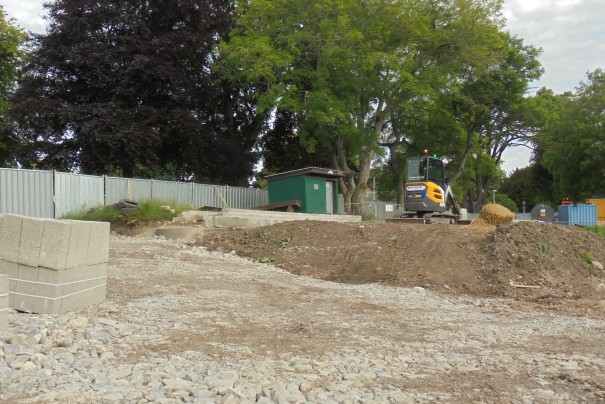 A small section of 15 yard wall has been roughly bricked together and a few yards of concrete two or three feet high is in place further along from it, for an unidentifiable purpose.

The rest of the site is covered with piles of churned up dirt and slabs lying here and there.

Far from being finished, it looks like work has barely started.

“Preparation work” was no doubt necessary. But apart from that small bit of wall and the obscure chunks of concrete that is all that’s emerged of the “Gathering Place”.

The construction start of April 12 was a full 11 weeks ago. It has continued ever since.

Amid the grime and dirt obviously work to complete a feature which the council claimed, when finished, would be “unique” and “something that couldn’t be found anywhere else in the world” has a long way to go.

The barricades and continued blocking off of what was once a natural, unspoilt and idyllic stretch of riverside is bad enough.

But will there be serious cost implications of this as well?

Could as the result the cost of the Gathering Place be set to soar?

The initial figure given for the cost of the thing was £240,000. Glitches and hitches, as in all construction projects, would have seen costs inevitably rise, it was anticipated to around £300,000.

No unique wall, no “artwork” showpiece. Just a vast building site with a few bricks stuck on top of each other.

Thousands of people – including 3,000 who signed a protest petition vehemently opposing the Gathering Place – are aware this has been a council debacle from the very start, when it was first conceived three years ago. It is viewed as the most reviled, unwanted and unnecessary project in Inverness civic history.

Now the question moves on to whether building the thing has become as much of a fiasco as what has gone before.

But as work drags on, and on, and on, perhaps over months ahead, what are the cost implications?

We don’t know the answer to that.

But as the council’s projection of an “early summer” finish for the Gathering Place is visibly rendered worthless in this wretched saga, the public has a right to know.

How did the council get that “early summer” completion projection so hopelessly wrong? And are we looking at just another farcical council misjudgment? Or a profligate overspending scandal?