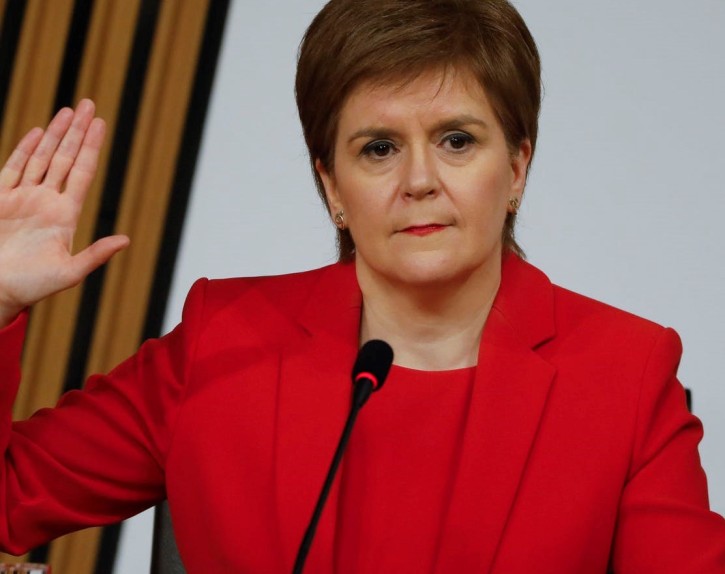 DREW Hendry was back on his Twitter site promoting his next podcast yesterday.

That surprised me. After the outcry over pensions he’s already provoked I’d have thought he’d be keeping his head pretty low, like after Gibraltar.

I’d imagined The Headquarters of The Regime would have taken a pretty dim view of the Inverness Podcast King’s role in the pensions affair, and ordered him to forget about his bloody podcasts.

Either that or not go anywhere near talking to his guests about anything remotely controversial, and limit the dialogue to the weather, shared hobbies and gardening.

Maybe they have done.

I only listened to three or four of them.

On one in December I came across SNP Westminster leader Ian Blackford blatantly lying about who would pay Scots our pensions “post independence”, ie the UK Government according to Blackford, because after independence we’d somehow still be UK citizens.

And on another I listened to in January I came across SNP Government Finance Secretary Kate Forbes fully agreeing with Blackford’s lies.

This resulted in highly critical Inverness news and views reports which were then passed on to the Daily Express which then created a massive national row which ended up this week at the door of Nicola Sturgeon.

The problem for her is that by trying to defend Blackford she then made it look like she herself was lying.

Yes, sure, after independence if it ever happens the kind, generous English taxpayers are still going to pay all our pensions. Even though they perceive that we hate them so much that we couldn’t bear to live in the same country as them.

Rather than paying our pensions many of them will hate our guts.

The other problem for her was who she was trying to defend.

The money grubbing “simple 10 acres crofter” who rakes in a vast salary and a quarter of a million pounds in expenses from a Westminster system he claims to loathe.

The champion of the poor and downtrodden who flaunts the purchase of a luxury new Range Rover for his wife.

The cake lover who  pretends to actually be a crofter sometimes when he’s the girth of a Massey Ferguson.

The sniveller who plays to the gallery of SNP English haters when he gleefully endorses a doctored border sign telling the English to f*** off.

That’s guaranteed to make them want to keep paying our pensions. Maybe we should ask them for an increase while we’re at it.

And Sturgeon has to defend THAT?

Lying isn’t a problem for her normally. She’s the official SNP liar in chief. It’s the substance of what she has to lie about. She just about got away with the Salmond affair, officially at any rate.

But trying to convince us that Blackford is telling the truth and that the hated English will go on paying our pensions when we’ve turned ourselves into a hostile foreign country?

Yes, we believe you Sturgeon. And Scots will pay the pensions of everyone in France.

We played a key role in exposing this shambolic SNP ignorance over something as utterly vital as pensions. It’s the last time we’re going to say it, but so far it’s been our finest hour.

Not so lucky for Drew Hendry though.

We’ve listened to four or five of his podcasts and found material which has blown up into a national storm.

We obviously struck lucky. But God alone knows what’s on the rest of them.

We’ll have a trawl through them when we find the time. Maybe we can do even better than expose the chaos and lies of the SNP over who would pay our pensions after independence.

One thought on “STURGEON TRIES TO DEFEND BLACKFORD, THE MAN WHO GLEEFULLY ENDORSED A BORDER SIGN TELLING THE ENGLISH TO F*** OFF. YES, AFTER WE’RE A FOREIGN COUNTRY THAT’S GUARANTEED TO MAKE THEM WANT TO PAY OUR PENSIONS”