ON  a bus trip to Morayshire this week I noticed that in both directions at least half of those on board were not wearing masks.

Until quite recently this could have caused friction and possibly even argument among some passengers but there was none. Not even a passing glare or black look.

At the weekend a friend sent me a photo from a local arts and crafts fair. I saw and he confirmed that very few people at this busy indoor event were wearing masks either.

Inverness city centre has, thankfully, now ceased to resemble downtown Jeddah. The days when many people were for some reason masked up even while walking along breezy streets have gone.

Most people still wear them in stores, as I do, but they are much less liable to be pounced on by staff if they are not.

The Eastgate Centre still has to operate under the ruling that you have to wear a mask from the point of entry until the moment of departure.

As an indoor venue these are the “rules”. But they are excessive. There is no good reason why they couldn’t be relaxed to make the concourse mask free and the necessity to wear them being limited to inside stores only. 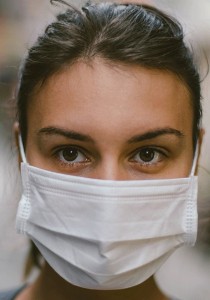 I and I suspect many other particularly older people do not like wearing them, and have never got used to it. A few younger people still seem to enjoy wearing them as some kind of fashion statement but their number is diminishing also.

Nicola Sturgeon in what I hope was a sweeping generalisation said we could still be wearing masks for years.

A year ago we accepted being told whether we could sit on a bench while on an “essential journey straight home and straight back” visit to the shops.

Compared with those draconian days having to wear masks may seem to some a minor, trivial matter. But as the covid threat drops away we should now expect that remaining restrictions will be held up to more serious scrutiny by the populace who want to try and put the last two years behind them.

Having to wear masks feels and looks abnormal. It is the one remaining barrier to a return to what would then be full normality.

I’ve had enough of just seeing eyes. Isn’t it natural to want to see faces as well?

Inverness Leisure, almost two years after the dark, dismal days of it turning into a lifeless empty shell, is now busy and thriving again. There masks are mainly worn as people choose to wear them. Mine comes off as soon as I’ve checked in and stays off thereafter. Some people wear them in the corridors, some in the changing rooms, and a handful even wear them when they’re trying to do vigorous exercise. However that works.

But people are essentially free to wear them or not.

On the covid front, virtually every household I know has now been affected by it. And no one I know has incurred more than mild or very mild symptoms. Among many people the fear of contracting it has faded, as evidenced by the bustling activity at the leisure centre. And the news that someone you know has caught it is little more than a passing talking point.

Against that background the demand that we should be trussed up in masks looks ever more unnecessary. If people want to wear them, that’s their choice. If they don’t, that should be their choice also.

We got it hopelessly, utterly wrong here 18 months ago when we predicted that many people would ignore the then newly introduced ruling on mask wearing.

We hope that we are much more on the right track in suggesting, as on those buses and at that craft fair, that the situation will evolve to the point where more and more people decide to abandon the mask habit and the flimsy and possibly non-existent protection it provides against incurring mild cold-like symptoms they’re no longer much concerned about.

As long as these masks are covering faces in abundant numbers, it is all too glaringly obvious that we have not returned to normality, and for no justifiable reason they are a constant and highly unwelcome reminder of the dark, grim days we’ve virtually left behind.