THREE years ago I downsized, as older people do, from a three bedroom house near the city centre to a one-bedroom flat. Heating costs have been slashed and there is much less cleaning, hoovering, dusting and all that stuff to do. I can have the place spick and span in 15 minutes.

If I was still in that house, which had two rooms vacant, would I take in Ukrainian refugees?

Tens of thousands of people are plunging in and offering accommodation. Their humanitarian instincts are suppressing any doubts or concerns they may have. And they should be viewed as having hearts of gold.

How it works out for them and their guests only time will tell.

The scenes from Ukraine are horrifying and it is impossible not to be moved by them.

But taking in complete strangers from a foreign land who probably speak little or no English is a huge commitment. Profiles of those who have volunteered seem to be more of families with a spare room, sometimes making one by moving two young children into the same room. These folk will be able to spread the load and keep each other cheerful if difficulties occur. This may not be a challenge suitable for a single elderly person, a widow or widower, living alone in a spare rooms house.

I was also struck by a qualified warning, or at least a reminder, from a refugee support agency that the terribly sad and saddening images we are seeing of people huddled in underground shelters in dire circumstances relate to a horrible situation at a horrible time. 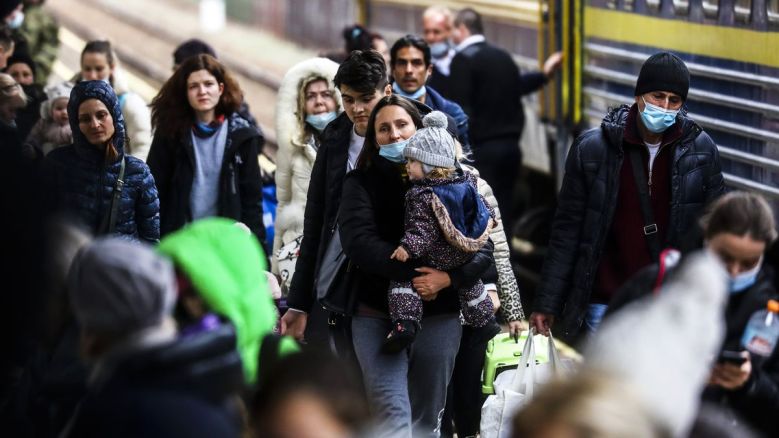 These are proud, independent people who have been cast from their well appointed homes by Putin and his savagery. They will be hugely grateful to escape their ordeal, but by character or lifestyle many will not for long necessarily consider a room, a bed, and regular hot meals as being Nirvana.

Where that will lead them who can say. But they will certainly not be like “adopted pets”.

There is, however, a time for thinking all this through and a time just to act. Many have just acted on their instincts and have set aside any concerns or doubts as issues to be dealt with if or when they arise.

I still don’t know whether I would have taken refugees in to fill the spare rooms I had in my former house. I like to think I would have, and I may well have done so. Helping others in need can as charity volunteers know bring a great sense of satisfaction and fulfilment. Helping people from Ukraine could be life changing, for hosts and their guests, in forming lasting, unbreakable bonds of friendship.

And maybe it’s just the right thing to do to express some gratitude for the safe and relatively peaceful surroundings we enjoy compared to the hell being suffered by others elsewhere.